Have you ever spent a full hour at the clinic waiting for your turn to get what should be a five second blood test? Well to be technically correct, my turn happened waaaay before the hour was up. Except that every lucky lady (hint: not infertile, as in carrying a baby) who had to do a sugar test got to cut in front of me, because “It’s just a quick test, I’ve been here an hour, and I’m expecting…” I guess theoretically that means eight people cut in front of me, considering each of the four were actually two. In any case, I’d been there an hour too, you know? 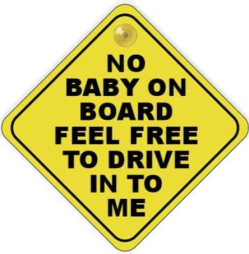 Finally, finally, got home. Scrubbed my house from top to bottom. (Wonderful stress reliever.) Then took a deep breath. And another. Yeah, those cleaning fumes don’t matter when it’s just you…kidding. I tried thinking of all those times I asked to cut the line for whatever reason, how that might have made others feel – but nope. Didn’t help. Then I thought hey, every minute I sat there = more time in Gan Eden. Not. Because since when is allowing people to cut a mitzvah? And it’s not exactly like I allowed it either…

And then I realized that for every pregnant lady who cut the line (the nurses allowed it btw) there were at least two who waited their turn. So apparently pushing ahead isn’t a baby thing. It’s a personality. And while anything remotely baby-related has an increased risk of pushing my buttons, it’s not fair to view everyone and everything through infertility coloured glasses. People are rude, okay (or not). But that doesn’t mean that I have to take it as a personal affront to my motherhood or lack thereof. Yes, it’s a sensitive spot – but would the entire experience have bothered me so much if I had a baby or two waiting back home? I guarantee you not. So while by no means am I justifying those ladies, I realize that my feelings aren’t totally proportionate either. The frustration is real, and the contrast hurt, but while the waste of time and disrespect is definitely their credit, my feelings isn’t their issue – it’s mine.

Sometimes it helps to take a step back a little, put the infertility bit on hold and view the world as a normal person. (lol, hard to imagine, right?) I find that too often my feelings take hold of my mind and I start looking at the world with a skewed perspective. When that happens I need to refocus, and remember that people generally don’t want to be hurtful, intentionally. No one wakes up and declares “today I will be rude” And if / when I feel hurt by someone or something, it’s often a reflection of my own insecurities, rather than the other party’s doing. It’s hard to put things into this frame of mind, but life and the world is so much better and friendlier post-vent.